Buy your copy of "LOVING MAILER" by clicking this link 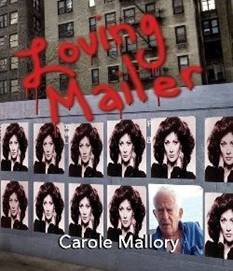 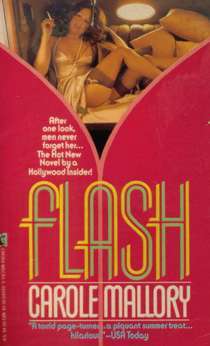 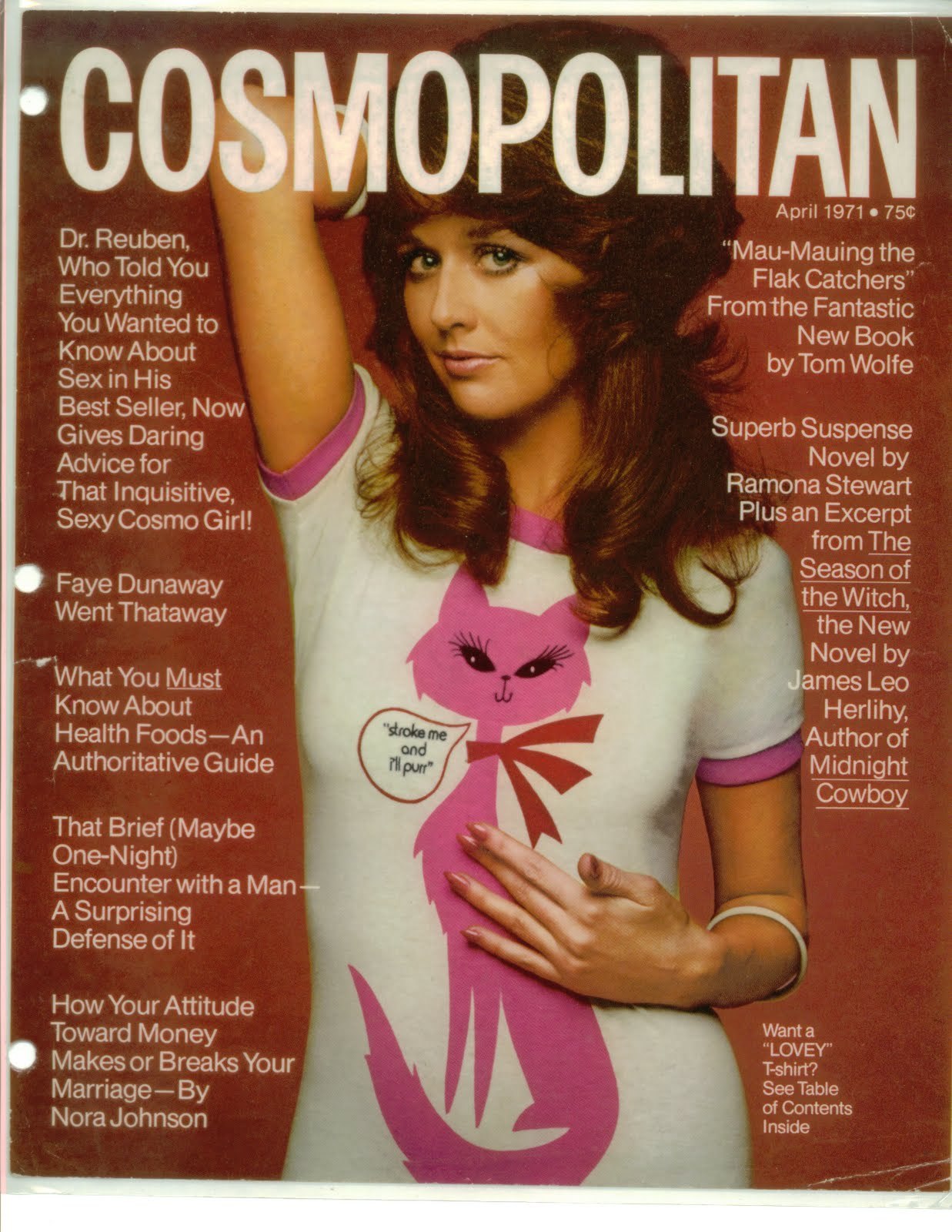 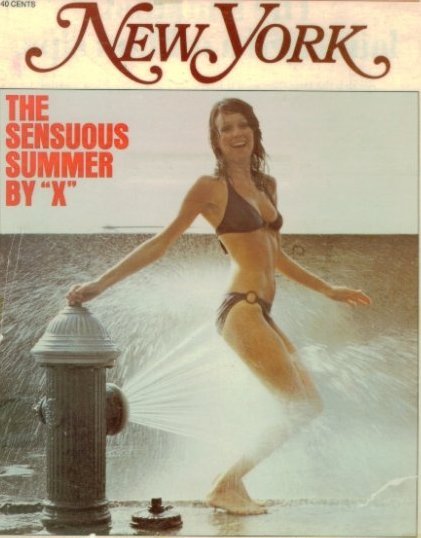 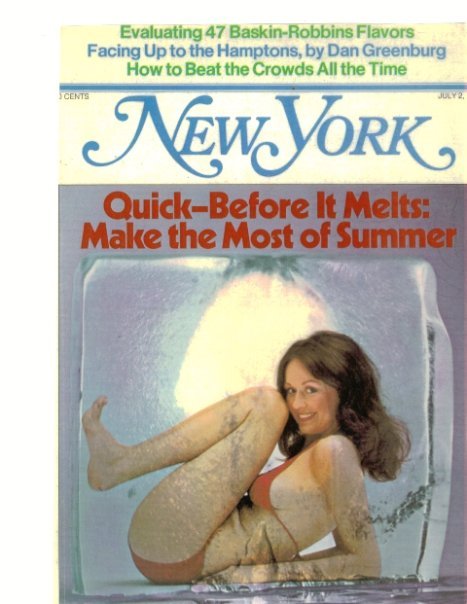 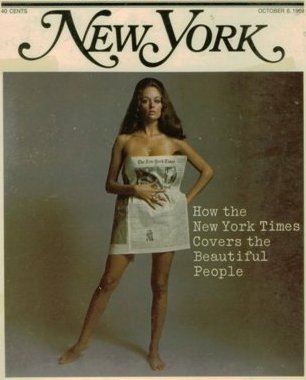 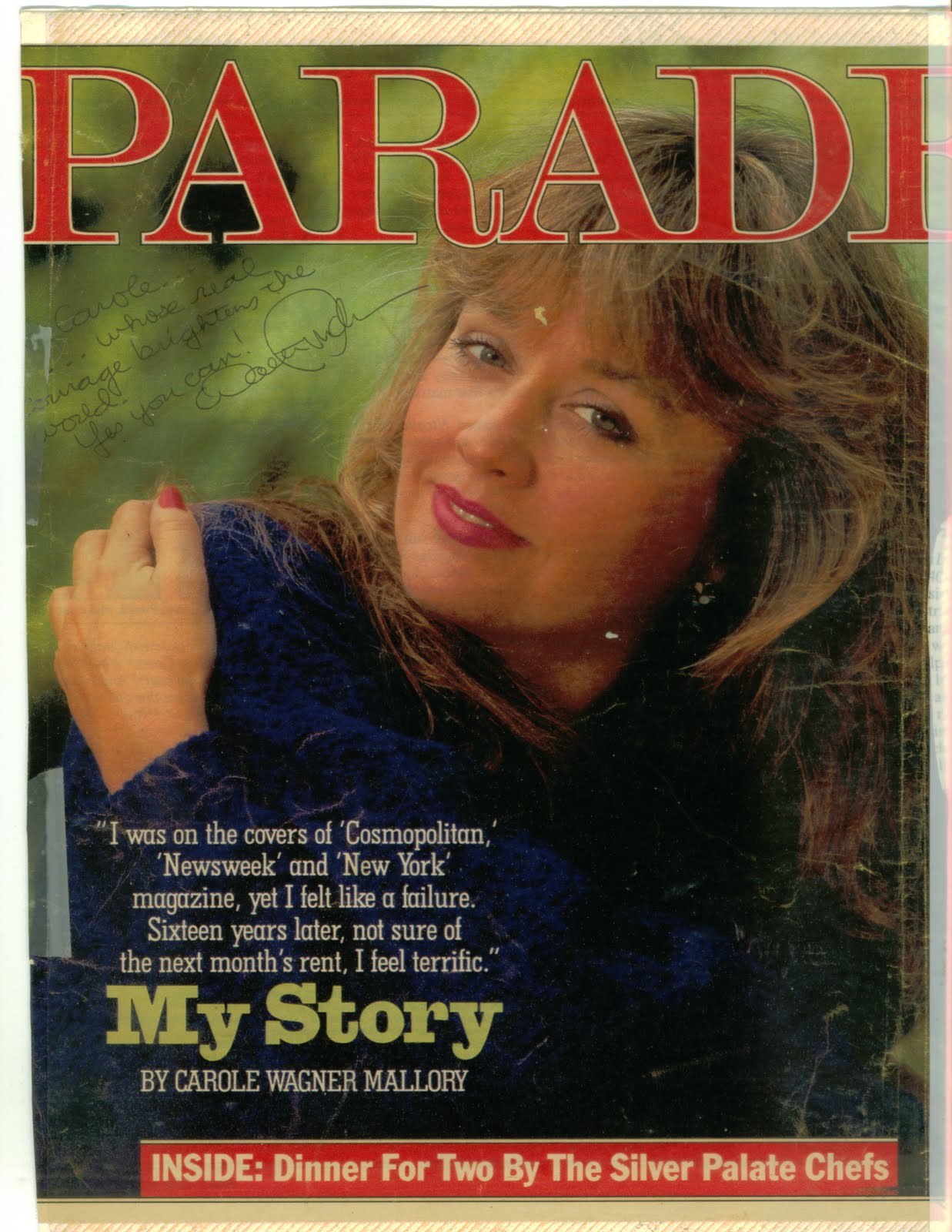 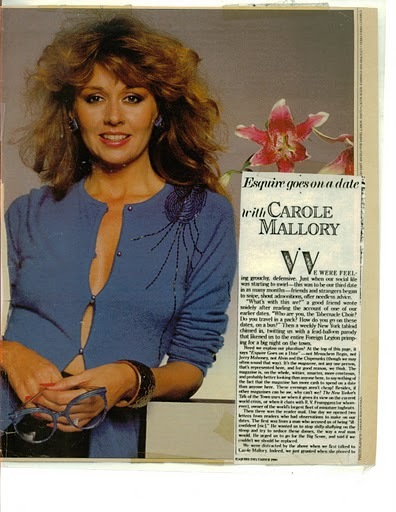 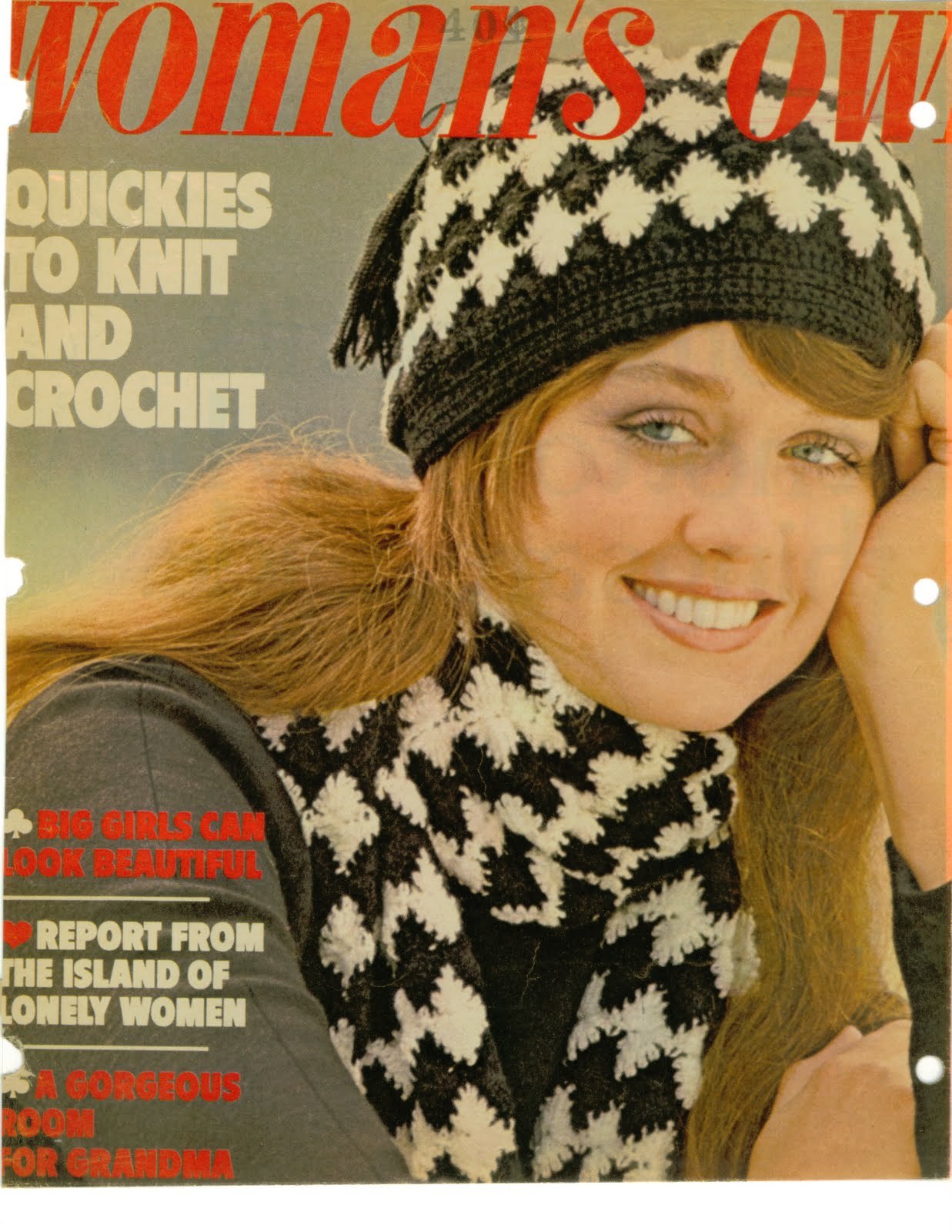 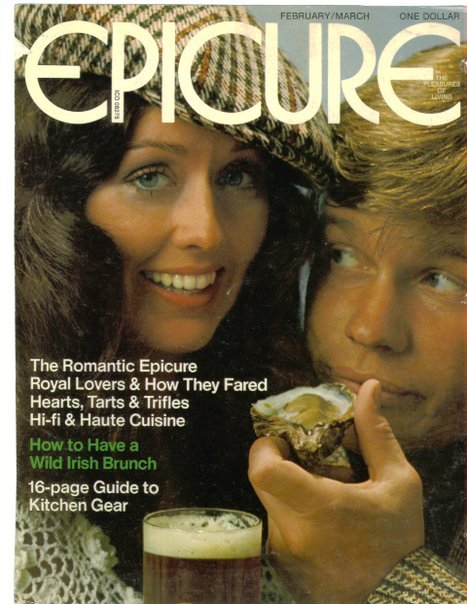 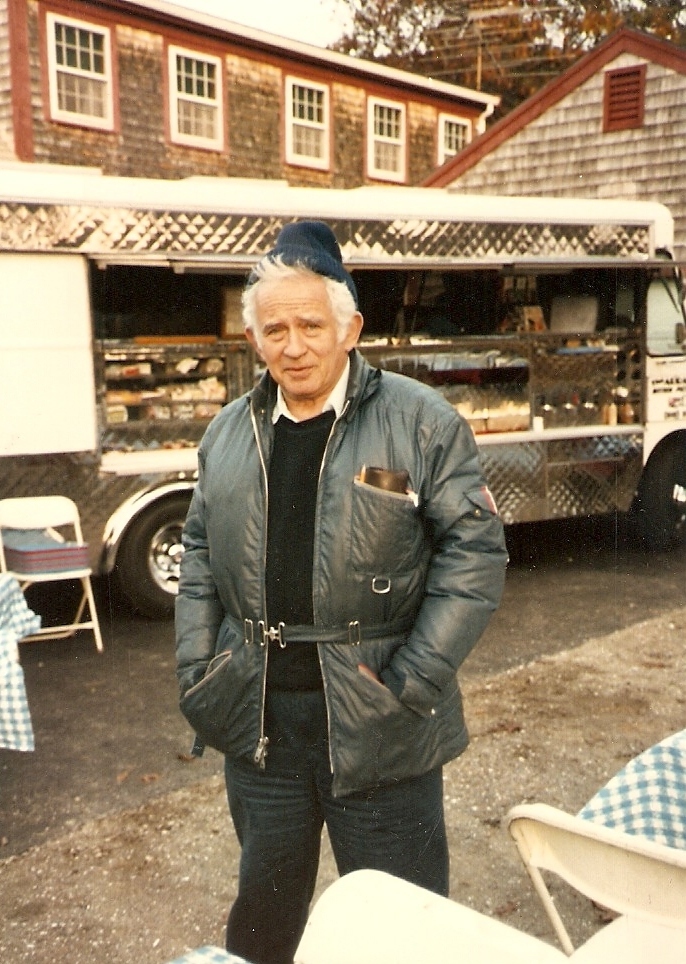 Norman on set of TOUGH GUYS DON'T DANCE in P'town 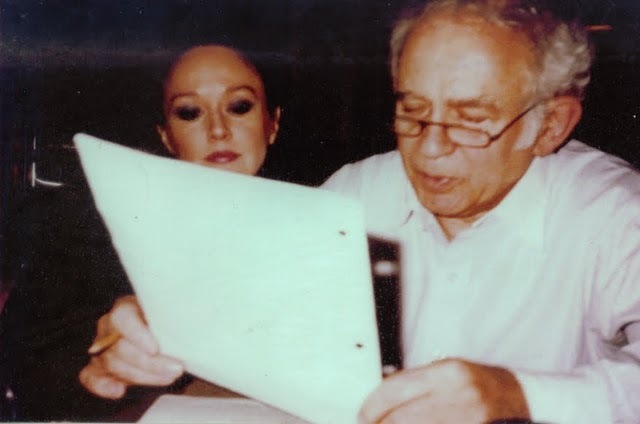 "Funny and heartbreaking, Carole Mallory's LOVING MAILER is a love story about two odd but winning characters who gave as good as they got in their tumultuous eight year relationship. Carole Mallory is one for the record books: sharp, insightful, possessed of a deadpan humor, she's got Norman Mailer's number. She also can write like a demon, as one would expect from a student of Mailer's. This tender story defies expectations. You won't be able to put it down."

"Compulsive and sexy. A fascinating read."

"What a rare treat. LOVING MAILER is extremely difficult to put down. Mallory has nailed Norman Mailer and Warren Beatty in more ways than one. The dialogue is worthy of Bacall and Bogart at their best! A wonderful, fun and funny book."

"Funny, tragic, uplifting and inspiring, this book is a powerful testimonial to both the joy and peril of unconditional love. Any woman who has ever cried herself to sleep over man will not be able to put it down."

"In this candid memoir underneath the bravado, the pain is palpable, as you laugh and chuckle under Carole Mallory's self-deprecating humor, you sense the sadness and loneliness of a very bright woman whose stunning looks have been a curse rather than an advantage. Norman Mailer is a prime specimen of the many brilliant characters who use their genius as an excuse for bad behavior.and have the knack for seducing over and over again even after their worst episodes. And in fhe telling of Carole's story you understand why."

"Carole Mallory provides fresh insight into Norman Mailer, the writer and lover, in her tell all memoir. Most of all Mallory expels any doubt that she can weave a tale that holds the reader spellbound. In this writers' game, Mallory is the more exciting and revealing of the two which might have been why Harvard bought her notes on the affair. And while sex and even more so the lovers' intense interest in writing are the glue that hold the book together; it is Mallory herself who steals the show. Open, tantalizing, and refreshingly honest, she's a class act who holds the reader's attention. Most likely you'll find you can't put it down. Not only does it give a new perspective to Mailer's writings, but you'll hope Mallory herself comes out soon with another spellbinding account of her journalistic rise to excellence."

"She was the original prototype for the supermodel, her face and body splashed across print ads, movies, and magazines. This time Carole Mallory chooses to bare herself on her own terms chronicling the 'maze of mirrors' relationship she had with literary genius Norman Mailer. Her self-effacing journey is honest, bold, poignant, and at times downright hilarious. She is proof that what you see is not always what you get."

THE TIMES OF INDIA—“In LOVING MAILER an iconic American novelist, Norman Mailer, his long time mistress, Carole Mallory provides searing insights into the writer’s narcissistic personality, his many loves and many lives. Carole Mallory though is not offensive about the man she was with for eight years. Instead Carole introduces the reader to the hard corners and defences of one of America’s most famous post WWII writers.”

THE LOS ANGELES TIMES—“Mallory is not shy writing about sex—her book opens with a racy account of an evening she spent with Warren Beatty and there are plenty of details about Mailer, too.—Mailer completists might want to read her account.

TIMES SQUARE CHRONICLE—“LOVING MAILER flows well and reads easily—Mallory’s sense of humor is fresh and direct and testimony to the personality of one of America’s greatest literary figures.”

THE LONDON TIMES—“Mallory’s memoir offers insight into Mailer’s sexual fantasies. It will doubtless be pored over by scholars who have been looking through the seven boxes of diaries and notes Mallory sold to Harvard—Mailer’s alma mater.”

THE NEW YORK POST—“Required Reading. Mallory was never Mailer’s wife although she did portray a STEPFORD WIFE in the film of the same name. One of the original supermodels Mallory met Mailer at Elaine’s in ’83 where he was dining with wife Norris Church. Mallory graphically chronicles her liaisons with the Pulitzer Prize winner.”

THE HARVARD CRIMSON—“Mallory tells us Mailer definitely had a mouth worth kissing. Need more detail? LOVING MAILER tells all. Mallory’s memoir chronicles the relationship between Mailer and Mallory, moving from their deepest bedtime secrets to their mentor-muse literary bonds. In LOVING MAILER Mallory exposes all sides of the famous author, including the darker aspects. ‘He lived the life of a practicing alcoholic and was surrounded by enablers, people who wanted approval and would give him a drink or drag him to a party.’”

NEW YORK MAGAZINE—“MAILER’S WOMEN; The Posthumous Brawl—How fitting: Last week, Norman Mailer’s sixth wife published her memoir on the same day that his mistress of eight years, Carole Mallory, came out with her memoir, LOVING MAILER. There’s plenty they agree on (his endowment, his antipathies to various contraceptives and adverbs.) What else do they share?”

PUBLISHER’S WEEKLY—“Writer-model- author Mallory provides a titillating account of her not so secret life with the late legendary author Norman Mailer.”

VANITY FAIR—James Wolcott—“LOVING MAILER by Carole Mallory, one of Mailer’s extra curricular hotsies. Although diametrically opposite in tone and texture, the last two books bear the puncture marks of Mailer’s satyr horns.’

Not since Aphrodite was a teeny has there been a more joyous and just celebration of the loins. FLASH should have every red blooded woman feeling delightfully ravished and every man motivated to action.

I'm not sure if FLASH is the funniest dirty book I've read or the dirtiest funny book
--DOMINICK DUNNE
Amazing! This girl writes as good as she looks. FLASH is funny, sexy, brilliant.
--ROD STEWART
Wicked and marvelously penetrating... we see a woman grow despite her sexual foibles, but because of them...The sort of feat that keeps one alive.
--NORMAN MAILER
Fuddy duddies who say sex is finished will be talking. Insiders say FLASH will have asbestos covers. From a funny female point of view FLASH is being compared to Nabokov's LOLITA and Terry Southern's CANDY
--LIZ SMITH
"FLASH is fast, smart, irresistible to read." --- GLORIA STEINEM.

"It's great to see a woman writing in such a sexually explicit way." Maria Lexton TIME OUT.. LONDON

"Maya Endicott is fast-mouthed, gutsy and one of the few characters in this budding genre of recovery fiction (in which the protagonist invariably does time in a rehab) who is as engaging sober as she was sick. Mallory turns the screws on Hollywood in this deft, sophisticated read." NEW YORK DAILY NEWS

"The raunchy, wicked talk of a beautiful female flasher...Mallory packs her story with down-and-dirty sexual details...Still, she gives us a buoyant, likeable heroine who grows...not just in spite of her sins, but because of them." KIRKUS REVIEWS.

"Erica Jong can go fly a kite--this girl has never even considered wearing underwear. This fast, funny female read is not just for women; if men have ever wondered about 'girl talk'; this'll scare the pants off them. Whatever your motives, FLASH is a f***ing good book." TIME OUT ...LONDON

"A first novel that generates a heat of its own...Hot summer read." THE STATE (COLUMBIA. S.C.)

"Carole Mallory comes straight from the school of bicontinental lurid-glam-storytelling. Mallory is at her funniest when she goes for the unintentionally absurd"...VILLAGE VOICE LITERARY SUPPLEMENT

"Carole Mallory, a former model-actress knows Hollywood inside out--and tells all in a juicy style."
US MAGAZINE

"FLASH is fast and furious frivolity...the perfect beach book....If the afternoon heat won't get you, FLASH will." ARKANSAS DEMOCRAT

"There is more to Maya than sexploitation cutie. There are both funny and sad moments to her story."
PUBLISHER'S WEEKLY

"I laughed like a drain in a hailstorm. Her short, sharp one-liners ricochet raunchily off the page."
MS LONDON