Carole and Claude in Paris

Carole and Claude in Easthampton, L.I. 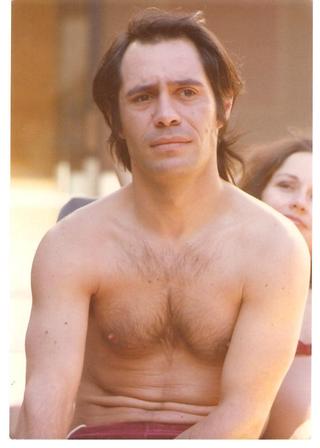 Claude and Carole in Easthampton, L.I.

When Claude visited Paris without Carole, she dated Mike Nichols. He invited her to the Anniversary Party at El Morrocco for Jacqeline Onassis. Mike and Carole were photographed for LIFE.. When Claude returned, he was enraged.

Claude in our apt in NY..

Carole and Ron. Mallory at Parke-Bernet

Carole and Rod Stewart after sailing to island of Catalina.

Carole and Claude arguing at MOMA about her going to Jackie O's Anniversary with Mike Nichols while Claude had flown to Paris without Carole.

Claude and Carole and Tutu

Anthony Perkins, his wife Berry and friend in Carole and Claude's apt. Berry Berenson Perkins was killed on 9/11. .

“I want you both to meet Claude Picasso,” Princess Diane Von Furstenberg said to my husband, Ron, and me. We were seated at a crowded table in the trendy discotheque, Hippopotamus, on New York’s upper East Side. Richard Burton’s wife Sybil owned this club. It was the fall of 1971 and Diane was throwing a party.

Whenever Diane entertained, it was a lavish affair. In her sprawling Park Avenue co- op decorated in a wine colored chintz fabric she gave catered dinner parties. The dining room would hold the buffet. Waiters would take your orders for drinks while the entire candle lit apartment, even the bedrooms, were used to entertain. Giving a party in a discotheque was unusual for Diane.

This past summer Ron and I had been separated and now were trying to repair our marriage.

When I looked into Claude Picasso’s deep brown eyes, I wondered, “Why?” I knew I had fallen in love. Claude looked just like his father, Pablo Picasso, except he had hair--masses of black, straight, shoulder length hair and like Pablo, a receding hairline. He had thick Frank Zappa-like sideburns that reminded me of handlebars. His eyes were bolts of energy that possessed me with their magnetism.

Claude extended his hand. When I touched his flesh and looked into his eyes, I wanted him. Only him. There and then. Forevermore. He was danger. I knew. I had read about his tortured relationship with his father. Claude’s love was surrounded by mine fields of hate protecting his Andalusian heart. He would hurt, could hurt, but underneath that emotional barbed wire was the most tender man I would ever know who would hide his vulnerability in flash. Bright colors. Sideburns like Frank Zappa., A turquoise ring the size of a quarter, a purple rabbit skin coat.

“Do you want to dance?” Claude said.

“Of course,” I said. My husband didn’t dance. Besides he had heard Claude’s last name. We were both impressed by fame. But it was Claude’s bold good looks that would haunt me.

Claude was Picasso’s palette. His raw canvas. His living brush strokes. His father’s defiance. The anger in Guernica was in Claude’s eyes for Pablo’s rejecting him all those years. Claude wore that defiance.

As we walked to the dance floor, Gloria Gaynor sang, 'I Will Survive.'

I took in Claude’s small but sexy body. His tight leather trousers and matching rose colored t-shirt showed every taut muscle. Claude didn’t care. His anger was his passion. Spanish after all.

And we danced. With my purple and red ankle length dress, I followed Claude’s lead. I felt like we were in a coliseum. The people at cocktail tables were spectators at the bull fight. I was the toreador and Claude was the bull. His buttocks swayed with the rhythm and he was proud of it. It was a fine ass. Beautiful. Firm. A Picasso ass. A defiant Spanish ass. In the years to come there would be nights when we would lie in bed that I would study the splendor of his naked buttocks.

And he was a great dancer. Passionate. He would embrace me in time with the music then would let me go as my skirt would fly in the air and my heart would follow. All eyes were on us. I didn’t care. I liked the attention. I wanted witnesses to this moment. It was surreal. No, cubist! Things were askew. Nothing was as it should be. I had no guilt about being a married woman showing my repressed feelings of longing for Claude as he held me tight and smiled. He flashed his beautiful white teeth that cabled his pleasure in touching me. In front of everyone.

All his flash, rose leather pants, turquoise ring, purple rabbit skin coat, the soon to be heard quotes from Henry Miller, Celine, the shits!, Merdes!, fucks!, hid the soft, tender, lost little boy I would come to love. I wasn’t going to allow Picasso to destroy me like he had tried to destroy his own son I thought while Gloria Gaynor sang, I Will Survive!

And I could feel us falling in love.

That night I dreamed of Claude and his muscular body touching mine when the body I was touching was that of Ron Mallory. Fantasies about Claude persisted. Ron went to Milan to have a show of his recent sculpture and we decided to separate again.